Are Cannabis Laws in Iran Changing? 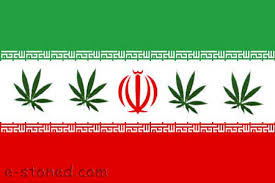 Are the Cannabis Laws in Iran about to change? (Image borrowed from E-stoned.com)

As you are probably all aware Cannabis laws across the globe are rapidly changing, with decriminalization for personal use in small amounts in countries such as Australia (some states only), nearly all of South America, (Uruguay it is legal) and even some European countries are decriminalizing (Netherlands where it is legal in some parts, Germany for medical use and Spain it is legal for use in private). In recent times, the USA have changed their medical law and admitted that they have found that some cannabinoids can kill cancer cells. Now Could Iran be the next country to legalise cannabis?

British newspaper, The Independent, has published a report on how Iran may be the next country to follow suit. Iran’s drug policy is one of the country’s paradoxical policies, in terms of its rather conservative way of life. Regardless of the strict laws and policies of this country, Iran seems to have quite a drug addiction problem with more than 2m addicts. Like other Middle Eastern and Asian countries, in terms of drug trafficking, the laws are harsh and punishments include the death penalty. In contradiction to this Iran also distributes clean needles to injecting drug users and methadone and addiction treatment programmes.

Cannabis is an indigenous plant to Iran so it is a great platform to start a new indigenous approach to drug control. Although this will control or any potential new laws will not be smooth sailing or any time in the immediate future.

This is no smooth process or fast-track plan and, indeed, the obstacles and critics to a potential redirection in drug policy are many. Conservative politicians emphasise that drug use is of course a criminal activity and should be terminated, echoing arguments made by anti-cannabis campaigners in America. In theory, the basis of the pro-legal drug laws makes perfect sense – prison population would drop (60-70% of Iranian inmates are incarcerated for drug related offences) and of course employment figures would inflate – for example, the farming industry would generate jobs from the cultivation of cannabis.

If the laws could change in a country such a Iran where there are a lot of strict policies and enforcements, surely other countries such as the UK and some European countries will have no choice but to follow suit? What are your thoughts on this? 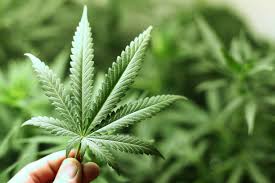