There are super exciting times ahead at the Attitude Seedbank as we prepare for the arrival of Brothers Grimm Seeds! Once upon a time, in 1996 to be exact, two breeders known as Mr. Soul and Mr. Sly sold their strains through Canada and Sly was known for selectively backcrossing, cubing and inbreeding some of the rarest of cannabis genetics on earth. They soon became famed for their strains genetic stability, short flowering times and heavy resin production.

Their luck began when they found some seeds in a pack of Dutch grown Sensi Jack Herer. Mr Soul didn’t expect much when he grew them out, but one of those seeds from the JH bud produced a very special female that he called “Princess”.  After a brief hiatus (around a decade), Mr Soul retrieve the precious clones and seeds he’d stashed safely away and in 2015 he met Duke Diamond and together they developed a concrete plan to resurrect Brothers Grimm. The combination of these two breeders’ abilities, along with a deep reservoir of unique cannabis cultivars, is the foundation of their company.

Now not only do these breeders have a wealth of knowledge and experience on the art of breeding, they are the creators and breeders of one of the most sought after strains on this planet… Cinderella 99 (A.K.A Cindy99 or C99). Yes, this is true guys; Brothers Grimm are the creator of this legendary strain has and they have now reissued it, so we would like to give an excited and warm welcome to the return of Cinderella 99. The Brothers Grimm have recreated her using all their years of experience taken from decades of reflection and observation of cannabis plants.

After Brothers Grimm closed their shop in 2002, the small batches of these original seeds were quickly used up but luckily some elite growers continued to and preserve this strain, with several notable breeders continuing the legacy by creating their own C99 hybrids. Selected individuals grown from the original batch of C99 were evaluated until a male was specially chosen to pollinate the original “Holy Grail” Princess female. The result is connoisseur quality cannabis. This P94 generation male x Princess clone produces tight, crystal covered buds which reek of tropical fruit and gives an extremely speedy, creative high. Rich in terpenes, the finished plant will reach height of around 1m. Each plant yields an enormous amount of fruity, resin-covered buds that will need the support. This variety will surely amaze you! Trust us; we cannot wait for this strain to arrive.

However, this is not all they have to offer and we will also be stocking Apollo 13 and Green Avenger, Grimdica, Rosetta Stone and Hashmaster. The Apollo 13 is a special cross of two of their other successful strains, P75 and Genius (a Jack Herer phenotype). Flowering very quickly at 7-8 weeks, Apollo 13 will produce large sticky buds and is suitable for beginner growers. The aromas found in this strain are peppery and earthy with a punch of both sour fruit and citrus. In terms of taste, it has some herbal notes of tea with a skunky aftertaste. Its name says it all – she will have your head in the clouds as its effects are cerebral and energizing.  While the more popular version of this hybrid is the sativa-dominant plant, be aware that an Indica-dominant version is also out there. The Green Avenger is also a highly desired strain made up of TGA’s Vortex (Apollo13 x Space Queen) male and Genius. The result is a squat, branchy plant with tropical scented flowers pouring out of every bud site on the long, sticky colas. Its flavour is very fruity; a medley of citrus and pineapple. These bushy plants have fat, dense buds covered in sticky trichomes that fill the room with a dank, tropical scent. Green Avenger will cause euphoric effect. You’ll be more than satisfied with the results! Grimdica is an heirloom Sensi Hashplant that produces thick, pungent, greasy
flowers indicative of the region it hails from. It has been bred with an Afghani father to produce an old school line of indica bliss. With a euphoric buzz, incredible Afghani flavour and aroma of rich, hashy pine, this is a winner. The resinous Hashplant is short and compact but with an incredible resin production. Dense and rich with sticky flowers combined with classic Kush and hashy aromas can be expected and is truly a  hash makers delight. Single dominant cola style or as a large bush will suit the grower depending on space and style. Last but by no mean least is the re-issue of Rosetta Stone. Mr Soul had wanted this release to be even heavier in resin production and overall yield without sacrificing flavor so this Rosetta Stone flowers a bit longer. It clones remarkably well and is generally an easy strain to work with. The major difference in this release is the mother plant’s genetics. A very special Jack Herer female was pollinated with an incredible male that was discovered in some P75 seeds that MrSoul had stashed away.  Expect wonderfully sweet, fruity smelling plants with a strong note of jasmine
incense. Support them well during flowering – they will be big, vigorous plants with tons of resin and a pungent, fruity aroma. 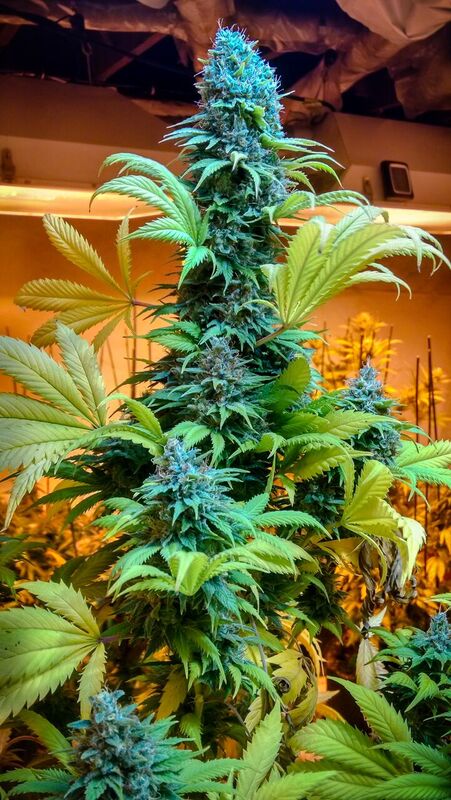 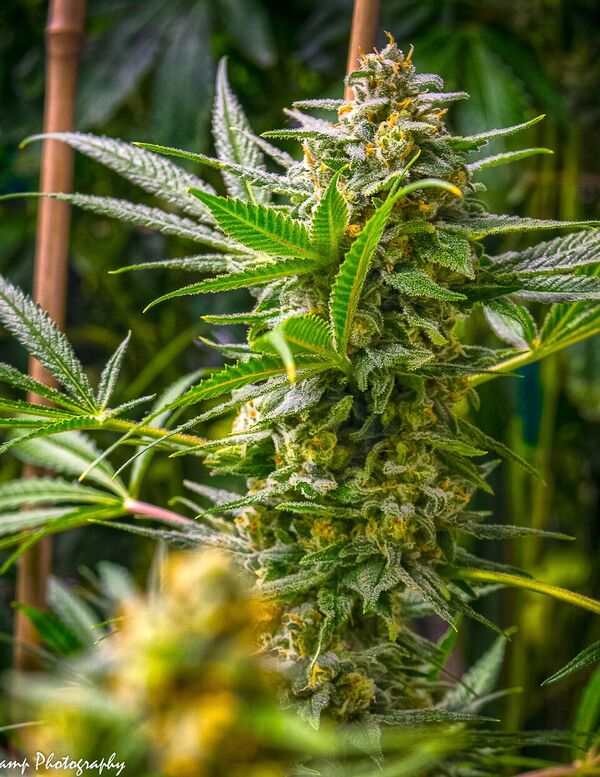 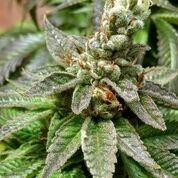