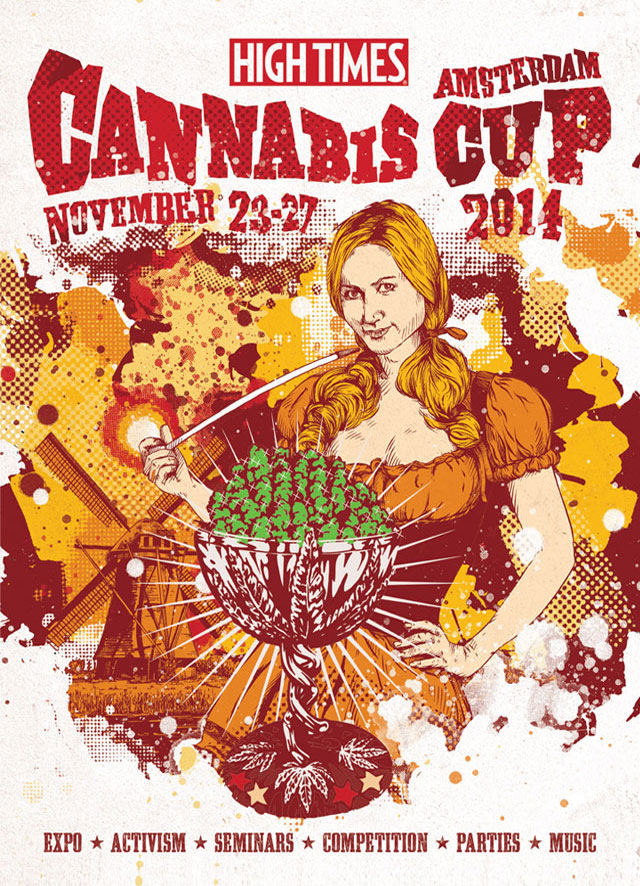 This year is going far too fast… We absolutely cannot believe that in just ten days, the 27th High Times Amsterdam Cannabis Cup will commence!

This is one of the Attitude Seedbanks favourite events as not only does it enable the judges to freely enjoy cannabis regardless of whether they are a medical patient or reside in an area where cannabis is not legal, it is so much fun and we always have a blast each year we go!  There are lots of interesting seminars and talks from breeders and cannabis icons, competitions, and of course, music and parties.  We highly advise you all to get on a plane and fly your butts to The Netherlands or you wil miss out big time!!!

There will be so much going on this year, it seems almost impossible (almost) to do it all!

At 2:30pm a seminar hosted by High Times E.I.C Danny Danko  – “Expert Growers Speak Out” . 4pm will see Robert Connell Clarke speaking about “What Will Be the Future of Cannabis”. At 5:30pm, Loud Seeds James Loud and Mike Seeds will be giving a presentation on “Curing and Storing Award-Winning Cannabis, and 8pm at the Melkweg sees the first party of the Cup –  “DJ Party”!!!

Once you have all had a walk along the canals and a strong coffee at one of the many coffee shops, Monday 24th November kicks off at 1pm with “Moving from Medical Use to Full Legalization” presented by Keith Stroup, attorney and founder of the National Organization for the Reform of Marijuana Laws.

8pm – Party time again with Action Bronson at the Melkweg!

Day 3 on 25th November at 1pm starts with “Grow Like A Pro” featuring live Q & A presented by cultivation editor of High Times Magazine Nico Escondido.

8pm – Celebrate Mila’s 70th birthday! The crowned “Hash Queen of Amsterdam” and inventor of the Pollinator machine hosts a night of music and marijuana merriment.

Breakfast at Barneys Uptown is always good idea to help sustain your energy levels for the day (we don’t want you getting exhausted!!!) So you have plenty of time to check out this café before the event opens again at 1 pm, starting with “Farm Report: Memories of Alexander and Ann Shulgin” presented by Paul Daley.

5pm – “Twenty Years of the Pollinator” presented by Mila

This evenings event is the brilliant Judges’ Night! This one is not to be missed! This is the time to visit Amsterdam’s best coffee shops and sample the strains entered at the Cannabis Cup! If there is one thing on the list to do at this Cannabis Cup, this is it!

We hope you are still all functioning for the last day of festivities!!!

8pm – The 27th Cannabis Cup Awards ceremony presented at the Melkweg followed by Rebelution and all the way from sunny California – Dirty Heads!

Over this event, there will be a very special awards given out. The Lifetime Achievement Award will go to Mr Marc Emery. 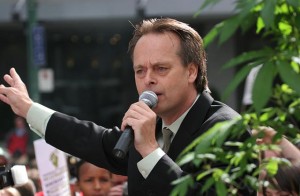 Marc began his cannabis activism crusade in 1990, launching a campaign challenging Canada’s 1987 ban on printed material about marijuana—in particular, HIGH TIMES magazine. (It also banned bongs, pipes and all smoking devices.)  This crusade was certainly not in vain – by 1995, Emery had achieved that early goal; pot books and magazines were legalized again.

In 1994, Marc began selling cannabis seeds as a fundraising tool, allowing him donate $5 million to ballot initiatives, lawsuits against the US federal government, Canadian Supreme Court challenges and a another huge array of campaigns. Marc was publisher of Cannabis Culture magazine from 1994 to 2009, taking influence by Ayn Rand and the late Jack Herer.

He has clocked up some serious court and jail time, having been arrested 28 times for pot-related offenses, raided 5 times, and imprisoned a total of 23 times!  In August of this year, Marc was released from a US federal prison after serving a 5-year sentence for selling seeds in the USA; Approx. 3 million seeds from 1995-2005.

We salute him for his activism and High Times are honoured to present him with the Lester Grinspoon Lifetime Achievement Award.

Other Awards Given Will Include:

2014 Inductees to the Counterculture Hall of Fame: Sasha and Ann Shulgin

Alexander “Sasha” Shulgin, Ph.D., was a pharmacologist and chemist known for his creation of new psychoactive chemicals. He then experimented with synthesizing chemicals with structures similar to mescaline such as DOM. Sasha’s partner Ann Shulgin also conducted psychedelic therapy sessions with MDMA before it was placed on the US government’s list of banned controlled substances.

In April of 2010, Sasha and Ann Shulgin were honoured for their lifetime of achievements in the field at the Psychedelic Science in the 21st Century conference in San Jose, CA

On November 17, 2010 Sasha suffered a stroke. Though his recovery went well, he continued to face a variety of age-related health challenges. On June 2nd, 2014, he died at home surrounded by friends and family.

On Thursday night, Paul Daley, a long-time colleague of the Shulgins, will represent the couple at the Cannabis Cup Awards.

Robert Platshorn is the author of Black Tuna Diaries. With 30 years’ imprisonment, he is America’s longest imprisoned non-violent marijuana offender. Raised on South St. in downtown Philadelphia, acting ambitions earned him a supporting role in a successful off Broadway play while still in high school. The same skill led to Robert becoming one of America’s most famous pitchmen and was seen for years on TV, at fairs and shows selling Vita Mix, frozen food knives and gadgets.  In 1975, he moved to Miami, FL to attend law school. At that time, Miami was the center of the Colombian pot trade. Robert turned his business acumen to the mission of smuggling Colombian pot.

Attorney general Griffin Bell named Robert’s organization the “Black Tuna Gang” and alleged they were responsible for smuggling most of the marijuana crossing the Florida coast. In 1979, a year after quitting the smuggling business, he was indicted, convicted and sentenced to 64 years in federal prison. He was released in late 2008 after serving almost 30 years in eleven different prisons.

In 2010 he founded The Silver Tour to teach seniors the benefits of medical marijuana. Robert now lives in Florida with his wife Lynne.

High Tim are honoured to name Robert Platshorn as the HIGH TIMES Freedom Fighter of the Year for 2014!

Here is also a list of the Cannabis Cup winners for the last 27 years (most of the winners are listed here, but hey – 27 years is a long time to remember everything!)

For more info or to buy tickets, please see the High Times Website, and for those who cannot make it, here are a few images and videos from past Cannabis Cups: 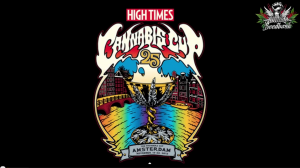 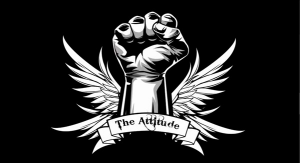 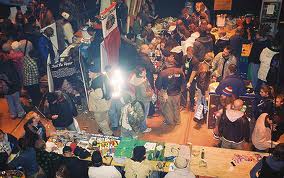 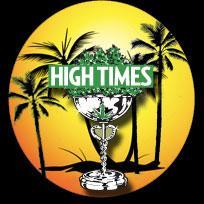 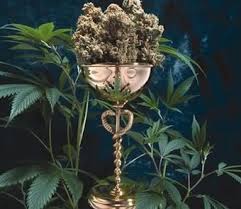 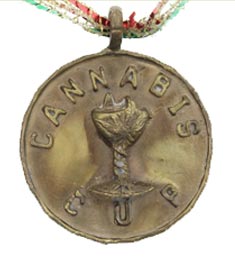 Please Note: We cannot be held responsible for any video’s that appears after “The Attitude Video’s” as this is due to the way “You Tube” works. All the video on You Tube are freely available to the general public. All videos are for entertainment value only and are for educational purposes only.