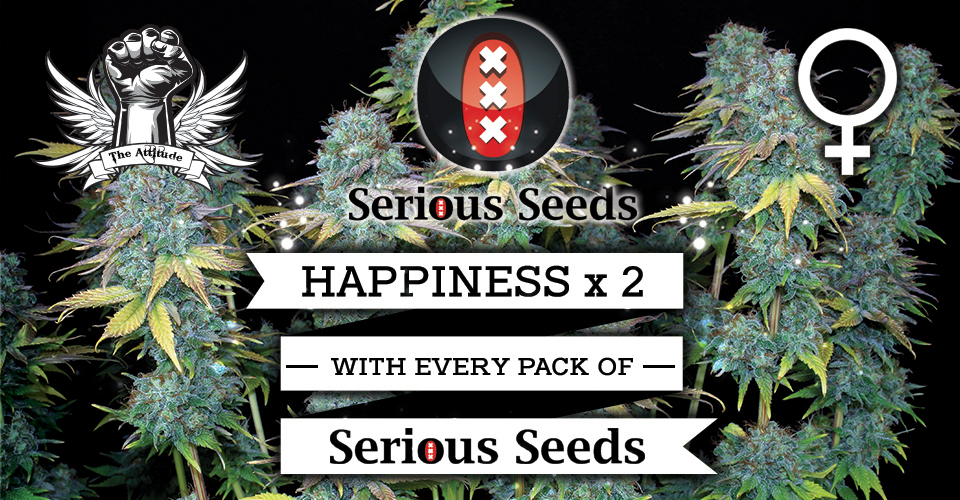 All information in this post is solely provided for informative purposes only. The germination of these seeds is ILLEGAL in the UK. See the bottom of this post to see the full Disclaimer.

A quote displayed in a picture frame, during a meeting inspired the Serious Seeds crew to name the first strain of their new Seriously Limited edition line ‘Serious Happiness’. The quote is “Happiness is not a destination, it is a way of life”. A sensible saying that everyone should experience and live up to, as no one should go through life full of grumpiness and envy of other people’s luck. Their second source of inspiration was from the smoking experience itself, as reported by Serious “The same Serious Happiness came up after smoking this fantastic strain, because that’s exactly how the grower feels, happy while she grows and seriously happy when she is finished.”

In 2011 Serious Seeds took over Magus Genetics, which doubled their assortment overnight, as before this they had only five outstanding premium varieties for one and a half decade , so to them this was like a revolution. With the release of Serious Happiness, a second revolution has taken place now in the company of owner and breeder Simon: It’s the first time that they put a strain on the market that has not thoroughly been bred to utmost perfection over many years, but been composed in a much shorter time -  in this case of two of their own superb established strains, AK-47 and Warlock. But as the name of that new strain line – Seriously Limited – suggests, Serious Happiness has been released in a limited amount only, 4,000 packs were produced. Because the idea behind this new line is to offer new crosses to the customers and let them decide whether Serious Seeds shall proceed with these or not. Serious explains: “We give away test seeds at international fairs, later on getting feedbacks from people who have grown them. Once we see that our Serious growers are satisfied with the new cross, we will start to produce a limited amount of seeds as a limited edition of always only 4,000 packs, each with a unique serial number. Only when we see that our Serious growers are really happy with a Seriously Limited strain, we will start to produce this new strain on a regular basis, adding it to the regular Serious Seeds assortment. This way we can further work on stabilizing the new strain and at the same time all growers can try the new variety.” 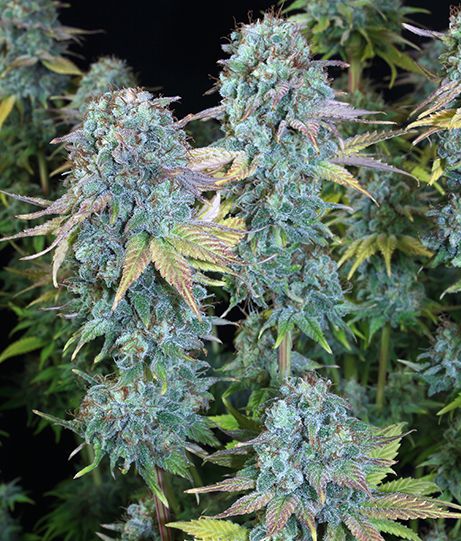 So it’s really a transformation that this has happened at Serious Seeds, this strain is a sativa/indica hybrid created from their famous ak-47 and their legendary Warlock male. This strain has been promised to strike you with happiness twice by Serious Seeds, as in its first stages its incredibly effortless to manage in its life cycle, with an ideal indoor stature and tons of large dense buds with few leaves Also the long lasting buzz it gives sends your body and head into a pure happy state, this is delivered through its sweet and fruity buds. Although this strain isn’t a incredibly fast flowering hybrid, as she takes her time to mature within 60-70 days she still packs an excellent harvest of 400-500g/m2, this result is shown if the plants are left in the vegetative stage for  4-5 weeks under natural lighting, it tends to finish mid to end of October.

Attitude Seedbank think that this new marketing strategy of Serious Seeds is an intelligent concept: On the one hand – with regard to its regular strain assortment – Serious sticks to its principle to only release a variety after it has been bred to perfection, fully satisfying Simon’s demands in terms of stability and homogeneity. On the other hand, the introduction of the new Seriously Limited line allows him to experiment a lot with old and new genetics and include the growers’ opinion in his breeding goals at the same time. Also, he gets into a position to quickly react to new market trends, if considered necessary by him. Another advantage is the close cooperation with the Serious customers who potentially develop an even stronger bond with Serious Seeds and they can also enjoy testing a new Serious strain more often than before, which will be much appreciated.

At the IC Mag Cup 2015, Serious Happiness received early applause when it took third place in the Sativa category of the Grower’s Cup, entered by a guy called Cloudz. Another connoisseur who recently put the Happiness to the test was The Doc. He sowed three feminised seeds and (as usually from Serious Seeds) got an excellent fertilization rate of 100%. The three Happiness plants did very well during the vegetative stage, exhibiting vivid compact growth with excellent lateral branching. Also, they were amazingly uniformed – from such a cross, The Doc had expected much more instability and diversity. Four weeks after fertilization, The Doc switched the daily light cycle from 18/6 to 12/12, as it was about time for the flowering stage. The plants were 39-48 cm tall at that point of time and expected to approximately double their height during flowering, because of their mostly sativa nature.

In the course of flowering, it turned out that two of the plants resembled each other like clones, growing accurately head to head until the very end, even with the same amount of branches and buds. These two similar Happiness plants had almost doubled their height after four weeks of flowering, while the third plant didn’t stretch as much as the others, remaining to look very bushy, almost bloated. It was about one third lower than its two Happiness sisters. However, all the three strains displayed a significant number of side branch buds that obviously were going to become big and thick, arranged around a marvellously prospering top cola on the main stem. “This is a perfect indoor plant growth and bloom pattern. Looking at these plants already makes me happy”, said the Doc with a smile on his face.

During the fifth and sixth week, the plants put on a lot of bud weight, with the tops forming into a fat and bulbous shape. The Doc reported: “The three plants are already looking quite ripe now. Yippie, one of them comes with a big surprise – it smells like wild cherry! Fantastic, that odour I’ve never experienced before. I know that there is this myth of an AK-47 cherry pheno once found by a certain grower… while Simon says that he himself has never come across it. But who knows, maybe it really exists, having come through now surprisingly in this one AK-47/Warlock hybrid plant?” The other two plants also had a very nice sweet and fruity smell that could not specifically be defined though, however their calyx-to-leaf ratio was very high, only a few leaves were protruding from dense massive calyx formations. Which were encrusted with a myriad of resin glands after eight weeks of flowering, giving the buds a sparkling white appearance.

The three Happiness plants after 61-63 days of flowering, were then collected by Doc, which is early in the harvest window stated by Serious Seeds. The two similar plants each measured 95 cm in the end and impressed him with nineteen big roundish side tops that felt solid. Also laden with plenty of fat tight buds, the third plant had arrived at a height of 78 cm. The total dry weight of the buds was 291 grams, so the average yield almost amounted to 100 grams per plant – a proud achievement for a cross that has not yet been bred to perfection. After the drying process, that one plant’s rare cherry aroma was unfortunately gone, but much to The Doc’s surprise and delight, the buds of one of the other two plants had meanwhile developed a distinct cherry smell! It wasn’t long before the sample was tested, some vapour hits expanded from the Volcano which caused an intense burst of fruity sweetness in taste still containing a bit of cherry, and the effect was very rapid instantly giving me a precise idea of why it is called Serious Happiness… as loads of happiness spreads out in the mind and a big permanent grin takes possession.  A powerful combination of narcotic sensations, uplifting and euphoric in the head are created and at the same time lighting a warming relaxed indica fire in the body. A really blissful experience that lasted for a long time – that’s why it is called cannabis happiness, indeed.

So instantly with the first strain of his new Seriously Limited line, Simon has landed a big strike, the first child of the revolution has proven to be strong and mighty. His Serious Happiness provides happiness to everybody – the Serious crew, growers, patients… We just can’t wait for the next Seriously Limited release!  Grab your Serious Seeds pack now at The Attitude Seedbank to start your Serious Seeds Happiness experience 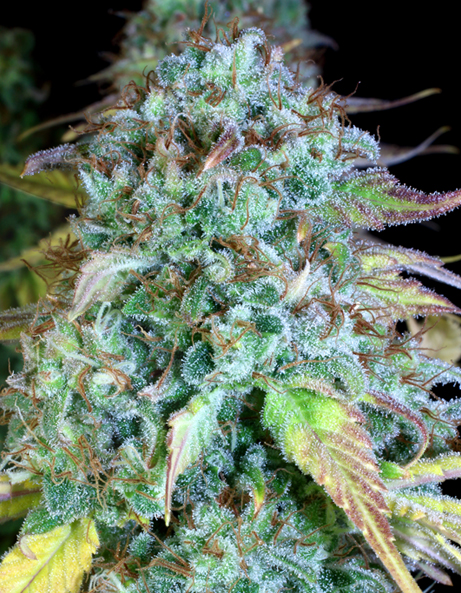 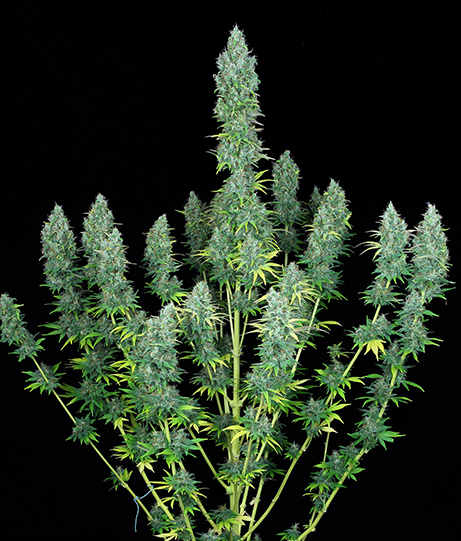 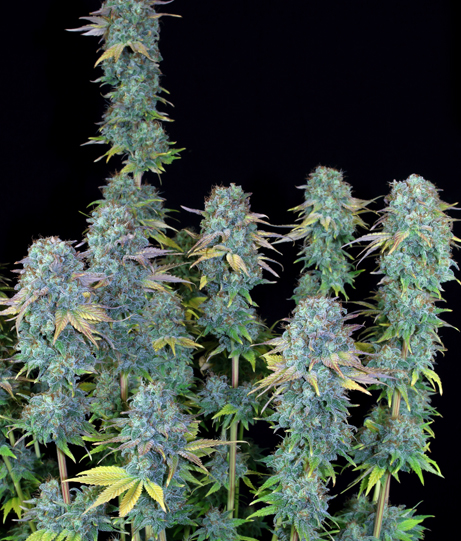 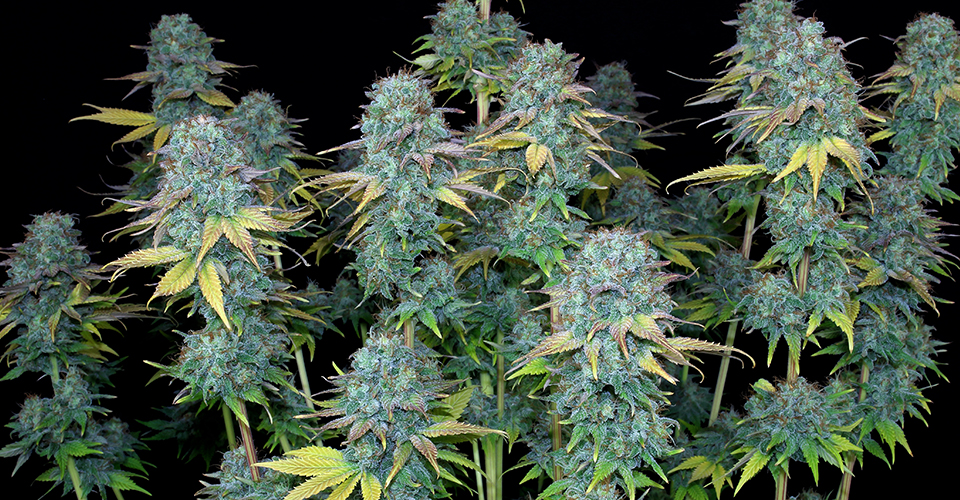 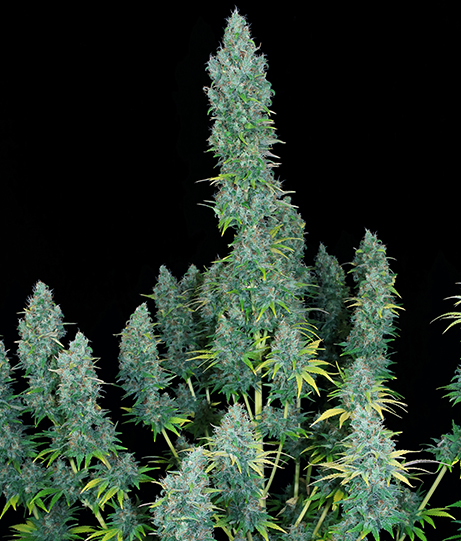 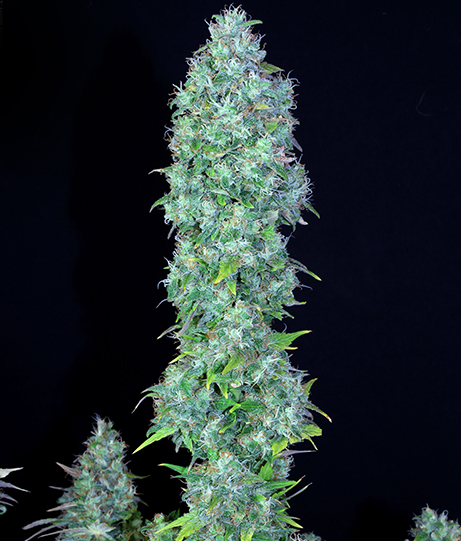 Please Note: This content is for informational and educational purposes only. The Attitude Seed bank sells all seeds strictly for souvenir purposes only or for storage in case the laws in the UK may change and for the conservation of cannabis seeds. We do not condone or encourage the germination of these cannabis seeds and we will refuse a sale to anyone who leads us believe they will use these for anything other than souvenir purposes. Seeds sold by The Attitude Seedbank may not be germinated in countries not legal to do so. WARNING: IT IS A CRIMINAL OFFENCE TO GERMINATE CANNABIS SEEDS IN MOST COUNTRIES.