A big , massive, humungous well done to Victoria, the first state in Australia to legalise the use of medicinal cannabis. They have headed in the right direction and have allowed those who really need treatment with medicianl cannabis to access it first – surprisingly enough – children.  Children with severe epilepsy will be the first to access to the drug in 2017, Victoria’s Health Minister Jill Hennessy said, after the Access to Medicinal Cannabis Bill passed Parliament. This leglislation has given the green light for the manufacture, supply and access to medicinal cannabis products in the state. It is unfortunate becuase to the laws right now, the parents of children with severe epilepsy have to obtian their medicine by illegl means and this puts a huge strain on them, as they understand the risks invled with law breakjing but still proceed with the best interests for their children in mind.

Access to the drug, which will become available in a variety of forms, including tinctures, oils, capsules, sprays and vaporisable liquids will be a gradual happening, eventually being made available to palliative care and those with HIV, like in many of the legal USA states.

The Government aims to set up an ‘Office of Medicinal Cannabis’ overseeing the manufacture of the drugs and would educate doctors and patients about their role and eligibility for the scheme.

An impartial independent body will also provide advice on the introduction of the drug, which is also legal in Spain and Israel.

Last year, the Queensland Government announced a trial to treat children with epilepsy with medicinal cannabis would take place
and the New South Wales Premier Mike Baird this year announced 330 patients suffering nausea and vomiting from chemotherapy would take part in a clinical trial using a cannabis-derived tablet manufactured by a Canadian company.

The medicinal cannabis trial is the third of its kind in NSW after trials involving terminally ill patients and children with severe epilepsy.

The state government passed the Access to Medicinal Cannabis Bill 2015 in parliament, giving patients legal access to the drug in exceptional circumstances.

A statement released from Victorian Greens spokesperson Colleen Hartland says that”In the months and years that follow, this treatment will be made more widely available to people with a range of conditions such as multiple sclerosis, adults with epilepsy, cancer, HIV, AIDS and more,”"The medication will also be grown and manufactured right here in Victoria, which will be a great boost for the economy in regional Victoria.”These new laws are sensible and will help relieve the suffering of so many Victorians for years to come.”
As ABC reports, Victoria’s Health Minister Jill Hennessy said that the drug will eventually be made available in a variety of forms, including oils, capsules and sprays to name a few.

“We’re starting with these children with severe epilepsy, whose lives have been shown to improve so significantly, because we know these children often don’t make it until adulthood,” Hennessy said.

“We want to improve the quality of their life.”

The legislation passed in Victoria comes after the Queensland government announced that a trial of medicinal cannabis would be undertaken this year by children with epilepsy, while New South Wales Premier Mike Baird confirmed that 330 patients suffering from nausea and vomiting from chemotherapy would trial the drug in the form of a tablet. 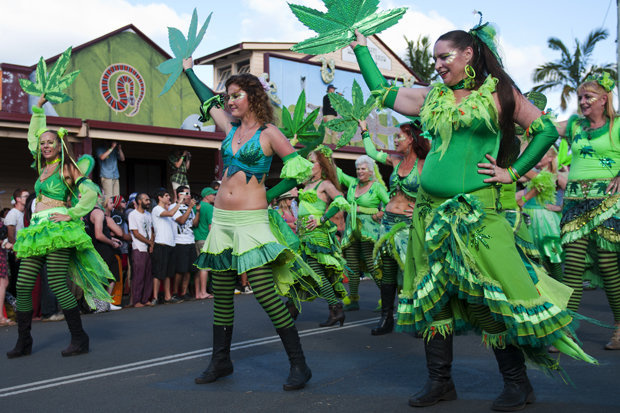